The evolution of wheelchairs

In the world’s recognized history of wheelchairs, there are two earliest records. One is on a sarcophagus in the Southern and Northern Dynasties (525 AD). The sarcophagus is carved with a chair on wheels; the other is a vase depicting a similar pattern in ancient Greece. Things are about the same age as China.

The earliest official record of wheelchairs in Europe is the medieval wheelbarrows, which need to be promoted by others, and are closer to contemporary nursing wheelchairs. In the 16th century AD, during the Renaissance, King Philip II of Spain suffered a stroke and ordered craftsmen to make a wheelchair. This wheelchair was made of wood, which was very cumbersome and inconvenient, but for the disabled at that time, it was already Very good tool too.

In some early paintings in Europe and Japan, you can see the appearance of a wooden wheelchair, which looks like a cart for people to ride, with very small wheels. People probably 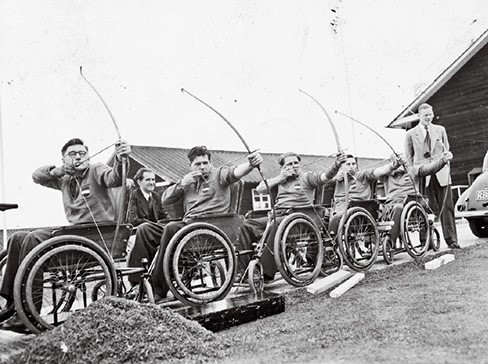 didn’t even think of the “manual wheelchair” at that time. The thing is, the wheels only exist to slide when pushed by people.Around the 18th century, a wheelchair with a modern design appeared in the world, consisting of two large wooden front wheels and a single small wheel at the back, with a chair with armrests in the middle. 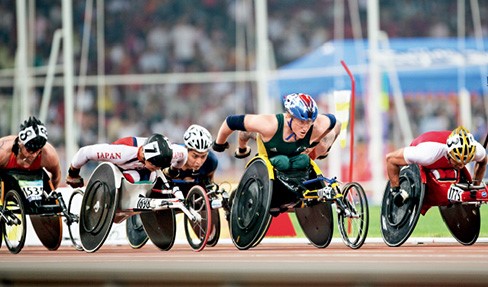 On April 12, 1861, the American Civil War broke out. This was the first large-scale war in the world after the Industrial Revolution. During this period, the standards of modern warfare such as tactics, strategic thinking, and field medical treatment were established. The vast majority of the 3.5 million people who participated in the war were volunteers. The war did not end until April 9, 1865, killing 750,000 soldiers and maiming 400,000 soldiers. During the Civil War, rattan light wheelchairs appeared, which were used with metal wheels.

In 1887, wheelchairs were introduced to Atlantic City in the United States. Disabled tourists could rent wheelchairs to move on the boardwalk. At that time, many able-bodied people found it

The Second World War lasted from September 1, 1939 to September 2, 1945. From Europe to Asia, from the Atlantic to the Pacific, 61 countries and regions with more than 2 billion people were involved in the war. The area is 22 million square kilometers. According to incomplete statistics, more than 90 million civilians and soldiers suffered casualties during the war. In the latter part of World War II, the United States began to allocate a large number of E&J wheelchairs made of 18-inch chrome steel to the wounded. However, there is no concept that the size of the wheelchair is different from person to person when it is fashionable.

In order to help the disabled veterans of World War II travel, Canadian inventor George Klein and his team of engineers invented the first electric wheelchair. Klein became a Canadian scientific and engineering celebrity because of his outstanding invention. Tang.

Can participate in the competition even in a wheelchair

On July 28, 1948, the 14th London Olympic Games opened. 4062 athletes from 59 countries met in London. This sports meeting, which was held for 12 years after World War II, allowed war-torn people to see the return of peace.

On the same day, in a small village not far from London, Stoke Mandeville, on the quiet rural hospital lawn, an archery competition organized specifically for veterans with spinal cord injuries kicked off.

Fourteen males and two female paraplegics participated in the competition. Although their bodies were still "imprisoned" in wheelchairs, they were self-conscious, with their heads upright, bows, and arrows. The onlookers laughed and followed Looking at these performers with admiration, most of them were bedridden before, but now they have basically recovered to take care of themselves, but can also draw bows and shoot arrows-this sport is difficult for ordinary people to control.

A male doctor who is over half a hundred years old stood in the corner and watched all this. This neurosurgeon named Ludwig Guttmann, for the first time introduced sports to the rehabilitation of the disabled, was recognized as He is the "father of modern disabled sports." This wheelchair archery competition organized by him is also regarded by the world as the prototype of the International Paralympic Games.

In the Tokyo Olympics in 1964, the term "Handicapped Olympics" appeared for the first time. At the same time, at this Paralympic Games, wheelchair racing became a competition event for the first time, and both male and female athletes can participate in the 60-meter race. Since then, wheelchair racing has become an exciting event in sports for the disabled, and it has also increased the public's attention to wheelchair players.

In 1975, Bob Hall became the first person to complete a marathon in a wheelchair.

On a stamp issued in the International Year of the Disabled in 1981, a disabled artist sits in a wheelchair and paints with his mouth.

The 2000 Sydney Paralympic Games commemorative stamp shows the Kingdom of Tonga athletes participating in the competition in a competitive wheelchair.

With the demands of competition, the design of wheelchairs is developing towards emphasizing its functionality, comfort, durability and cool appearance, and its technological content is getting higher and higher. From ancient times to the present, wheelchairs have gone from "allowing the disabled to get out of the house with the help of others" to "the disabled can get out of the house by themselves", and then to a height that can rise, climb stairs, cross the grass, and run fast... Technological wheelchairs, wheelchairs have realized the improvement and transcendence of human mobility from a tool to compensate for the defects of human body function.